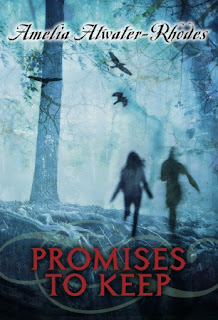 Jay Marinitch, witch and vampire hunter, shouldn’t be among the glittering array of predators at the vampire empress Kendra’s fabled Heathen Holiday bash. So…why is he there? Of the many lures that have pulled him into the territory of his natural prey, perhaps the strongest one is this: Jay Marinitch just doesn’t DO sensible.Jay has always hurtled through life without a plan, often finding himself in dangerous situations – like Kendra’s party. During the course of the evening, Jay meets a beautiful, totally psychotic vampire and finds a shapeshifter lying on the forest floor, her hair streaked with moonlight.

A hunter is supposed to kill, and a witch…a witch can make any number of choices. Against his better judgement, Jay comes to the aid of both the unstable vampire and the mysterious shapeshifter. Could a more thoughtful, sensible being foresee and avert the chaos that will be unleashed? Perhaps…

Complex magic must be channeled, dangerous alliances must be forged, competing desires must be overcome. Will it all be enough? And if it isn’t – what then?

Amelia Atwater-Rhodes has created a mesmerizing world filled with fascinating creatures sure to thrill both new and longtime fans.

I’m not sure what to make of that summary. It almost reads like a defense – OKAY SO MAYBE THE CHOICES JAY IS GOING TO MAKE IN THIS BOOK ARE UTTERLY RIDICULOUS, BUT THAT’S HIS THING, OK? In my experience, it’s never a good sign when a book comes prefaced with a defense.

In a way, though, I think that summary is probably the best possible representation that the book could have. It tells you absolutely nothing about the story, which works, because to try and summarize the plot would be impossible to do without spoilers, and would render the book pretty much pointless. The tone is accurately melodramatic, bordering on cheese – if “hair streaked with moonlight” and “Heathen Holiday” turn you off, you should probably turn back now, because that’s par for the course. It even tells you about Jay’s TSTL! You cannot say you weren’t warned.

I will have to disagree on one count though – this isn’t one for newbies. This is the culmination of a series that has built upon its world mythology book-by-book for more than a dozen novels now, and I really couldn’t tell you how much you’d get out of it without being a fan of, or having read, the rest. I mean, I’ve been/done both, myself, and I’m not even sure how much I got out of it.

I don’t even know what to say about this book, if I’m being totally honest. It’s not been three days since I’ve finished it and I’ve forgotten a great deal. If I were to emphasize anything, it would probably be that – this book, despite having those far-reaching consequences that alter an entire world forever, is just kind of forgettable. I mean, I guess it was interesting enough while I read it, but I’m just entirely ambivalent about it now, and that can’t be good, right?

I’ve had this problem with all of the newer Den books. With the exception of All Just Glass, they’ve left generally the same non-impression, and I’m running into the same technical issues over and over. The characters are bland or stock, seemingly coming in only three or four variations. They get different names and color palettes and power sets, but they all seem to pull from the same limited bag of personality traits. The voices are downright interchangeable. The pacing is rushed, the story too short, and we get a series of events that happen one after the other with little to no build-up. The goals change too quickly to establish tension, and at any given moment, we don’t actually know what the story is supposed to be about. Characters run in and out too quickly to keep track of or get to know, sometimes just for the sake of fan service, it seems, and at this point the world feels too in-joke for a newbie to enjoy, yet we keep getting info-dumps about the world to keep them up to speed, that are obnoxiously redundant for fans. The writing is so very melodramatic, and the whole thing would greatly benefit from a self-serious-ectomy.

Seriously, we need like a fart joke or a pie in the face up in this piece.

UNMARKED SPOILERS ABOUT BEYOND THIS POINT. I AM TOTALLY RUINING LIKE THE ENTIRE BOOK SO READ AT YOUR PERIL K?

I honestly have tried and tried and I just can’t hammer out my specific problems into a review that makes any sort of flowing, cohesive sense, so I am going to cheat the shit out of this and do bullet points.

Because no slavery could possibly be as devastating as magical vampire slavery.

Yeah, no. That sounds really, really bad and dismissive.

All in all, I’m still just wholly ambivalent about this book. I feel like this series needs a great big infusion of something bright and colorful and NEW, some new character or something with a completely different outlook to bring this world into the new millennium. For now, though, Promises to Keep was an…adequate ending. I really wish I could say more.

If you’re an Atwater-Rhodes fan, it’s worth a read.

Two AND A HALF stars

Thanks to the author for providing an ARC.