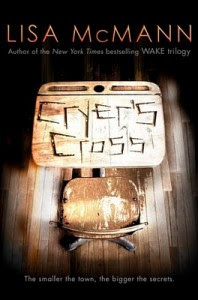 The small town of Cryer’s Cross is rocked by tragedy when an unassuming freshman disappears without a trace. Kendall Fletcher wasn’t that friendly with the missing girl, but the angst wreaks havoc on her OCD-addled brain.

When a second student goes missing – someone close to Kendall’s heart – the community is in an uproar. Caught in a downward spiral of fear and anxiety, Kendall’s not sure she can hold it together. When she starts hearing the voices of the missing, calling out to her and pleading for help, she fears she’s losing her grip on reality. But when she finds messages scratched in a desk at school – messages that could only be from the missing student who used to sit there – Kendall decides that crazy or not, she’d never forgive herself if she didn’t act on her suspicions.

Something’s not right in Cryer’s Cross – and Kendall’s about to find out just how far the townspeople will go to keep their secrets buried.

Cryer’s Cross is a perplexing book. It’s incredibly well-written, suspenseful, involving, and even rather moving at times. The characters are fleshed-out, interesting, sympathetic, and not unlike people you’d know or be friends with in everyday life. And yet it suffers from two incredibly distracting flaws:


There. I said it. I realize I’ve just totally ruined it for those of you who haven’t read it yet, but you know what? You deserve to know, because how much you’ll enjoy Cryer’s Cross depends on exactly how much that single fact will bother you.

(And also, you learn this about halfway through the book – and the summary really hints at it, doesn’t it? – so it isn’t quite the book-ruining information you’d expect.)

Cryer’s Cross suffers mightily from Stephen King Syndrome, meaning it’s very well-written, has an incredibly interesting story and well-developed characters, and a really stupid monster. In fact, I’d actually call it Stephen King Lite – and that’s not in a derisive or snide way. One of my biggest issue with King is that he takes forever to get to the point. McMann doesn’t – her writing is focused, sharp, and clear, and where it takes me days, sometimes weeks, to get through King stories (most of the time yelling in my head “GET ON WITH IT!”), I blew through Cryer’s Cross in about three hours without ever wanting to stop.

Starting out, though, I actually had the opposite issue with Cryer’s Cross that we had with Demon Trapper’s Daughter. I hadn’t read any of the summaries, so I wasn’t sure what it would be about – there were no expectations. All I knew was that it apparently involved a town with secrets, and that it was written by the Wake Fade Gone chick, and those were good enough reasons for me to give it a try.

So when Cryer’s Cross started veering off from possibly-paranormal-mystery to more of an emotional drama about a girl dealing with the grief of losing her best friend, I didn’t really mind. Other reviews have called the bit in the middle where the heroine, Kendall, spends a lot of time getting to know the new family in town and falling in love with the son, Jacian, “padding”, but I’m inclined to see it more as genre-confusion. It was too interesting and too good to dismissed as “padding”. It’s almost like Lisa McMann didn’t think she could get away with writing this really sad, thoughtful book about grief and the guilt involved with moving on with your life when someone you love has died, so she had to tie in a supernatural horror story to generate interest.

The thing is, I really wouldn’t have minded if it had just been about Kendall dealing with her grief. I bought it. I related. I was interested to see what she’d do with her life, how she’d cope with the loss and the emptiness and the feelings she was developing for Jacian. But once she got close to resolving those issues, we were shuffled back to the horror story, which wasn’t nearly as satisfying.

The concept itself – a desk possessed by angry, mistreated spirits that encourage the unfortunate souls who touch it to go out and kill themselves so that one of the possessing souls can be set free – doesn’t exactly feel…fresh to me. Like I said before, this is exactly the sort of thing King would think up (in fact, it’s a bit like a cross between The Mangler and Sometimes They Come Back). And to be honest, it isn’t really all that scary.

There’s very little actual conflict in it – there’s no big boss fight, and Kendall never has to face any sort of manifestation of the spirits, like you’d expect. The way the climax of the story is resolved is actually really…well, anti-climactic. It doesn’t even succeed in conveying a strong feeling of fear or anxiety, the whole point of a horror novel. You keep waiting for her to come up against something that would inspire you to be afraid, but it never happens. The boss fight is the mind control itself, and any horror that inspires just isn’t enough because Kendall never relates any fear. The control is too great.

I’m not saying the scene wasn’t interesting or well-written. I think it was, and I believed the emotions that Kendall experienced after she got back in control of her brain. It just wasn’t scary. By the time Kendall started having any kind of emotional reaction to what’d happened, the threat was over. And being totally honest, the threat itself was pretty laughable from the beginning.

It was, after all, a killer desk. A killer desk that got frustrated when Kendall thwarted its attempts to switch places with another desk and ensnare another victim by simply moving it back to its original position. It’s quite possibly the most comically non-threatening villain since Plankton, and opens up a world of parody possibilities. For example: 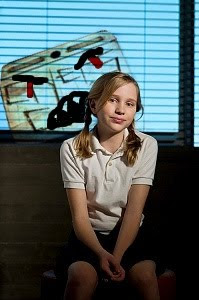 Here’s the thing – if that bothers you, if you’re the kind of person who can’t go through another King miniseries on TV because you know that no matter how good it seems, it’s not going to end well (and trust me, I’ve been there), then this is not the book for you.

If, however, you are the kind of person who can enjoy the ride without letting an incredibly dumb ending ruin the experience – or, God help you, you didn’t mind that the bad guy in IT was a giant alien spider – then you will probably enjoy Cryer’s Cross.

Honestly, I’m not sure which side of the fence I stand on. I really liked Cryer’s Cross. I did. But a little part of my brain goes, “How can you recommend a book about a KILLER DESK?” And I have no rebuttal…except, “The rest of it was good.”

By the way, this, too was a free e-galley provided by the publisher.

Feel the rightness of them deep within you.