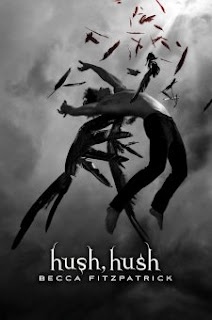 Romance was not part of Nora Grays plan. She’s never been particularly attracted to the boys at her school, no matter how hard her best friend, Vee, pushes them at her. Not until Patch comes along. With his easy smile and eyes that seem to see inside her, Patch draws Nora to him against her better judgment.

But after a series of terrifying encounters, Nora’s not sure whom to trust. Patch seems to be everywhere she is and seems to know more about her than her closest friends. She cant decide whether she should fall into his arms or run and hide. And when she tries to seek some answers, she finds herself near a truth that is way more unsettling than anything Patch makes her feel. For she is right in the middle of a battle between the immortal and those who have fallen-and, when it comes to choosing sides, the wrong chose will cost Nora her life.

First of all, we call FALSE ADVERTISING. “…battle between the immortal and those who have fallen” OUR ASSES.

Characters There is a trend right now in YA fiction that is prevalent in a lot of the books that we’ve read, and that needs to be addressed in this particular review. That is, for typically smart, sensible, level-headed girls to act like complete morons when it comes to being stalked by handsome, mysterious classmates. Nora Grey in Hush, Hush is probably the worst example of this particular trope that we’ve seen so far.

From day one, she feels uncomfortable with the new boy in class who sits next to her. He knows more about her than he reasonably should, and enjoys taunting and provoking her with this knowledge. And to her credit, her first instincts and actions have her handling the situation pretty much the way you would expect any girl her age to; she doesn’t keep quiet or accept it as OMG FLATTERY. She confronts this rude, douche bag of a stalker “love interest” about his behavior to his face, and when he brushes her protests off, she goes to an authority figure (her teacher), to further handle the situation for her. TAKE NOTES BELLA: this is how you handle a stalker. Okay, now stop taking notes. Where Nora fails as a strong character and role model in this situation is in her resolve. She second-guesses herself and her instincts, and from the very beginning, goes back on her word and her resolutions regarding Patch.

For example, during their initial meeting, Nora fails to collect any information on Patch for an assignment that requires them to interview and write a paper about the person they sit next to. To bait Nora, Patch gives her his phone number on the pretense of allowing her to interview him outside of school. After his provocative behavior during class, Nora tells him flat-out to his face “I will never call you.” And promptly proceeds to go home after school and call him.

During the course of their conversation, Patch refuses to answer any questions, and instead implies that she should come down to the dive bar where he hangs out playing pool. Again, Nora tells him absolutely not, and refuses to go. Then hangs up the phone, and talks herself into flipping a coin to decide whether or not she really will. Needless to say, she ends up driving to the bar.

Nora has other issues as a character that are better explained in this article about YA in general and Hush, Hush specifically, as they relate to women and rape culture. We agree whole-heartedly with her analysis, and there’s honestly no way we could put these issues any better than she did, so we recommend it to get a better perspective on that aspect of the characters and book.

Nora’s love interest (and we use that term so very loosely) is Patch, a centuries-old vampire fallen angel with a goddamn dog’s name (the explanation for this is stupid and doesn’t excuse a retarded name. How can we even take this seriously? HOW?). His character is nothing more than a creepy asshole who shows absolutely no redeeming qualities aside from being handsome and mysterious and an excellent kisser. He is outright hostile to Nora, without even the traditional veil of charm, wit, and the all-important ‘protectiveness’ to mask his stalkery and outright homicidal tendencies. He is a blatantly scary and mean bastard that nobody IN THEIR RIGHT MIND could ever be expected to fall for, and yet Nora is inexplicably attracted to him, despite her better judgment and honest-to-god literally believing the guy is out to kill her. Apparently his being dubbed the ‘love interest’ by the in-flap summary and his, you know, being there is supposed to be enough to carry his character and this chemistry-less, predatory romantic relationship. 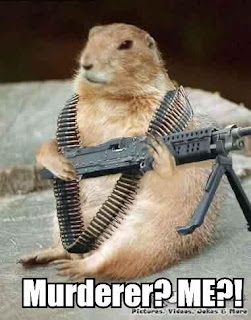 The secondary characters are Vee, Nora’s best friend; Elliot and Jules, two transfer boys interested in Nora and Vee; Dabria, Patch’s ex and the angel of death; and Marcie, resident cheerleader bitch. As a character, and a pretty frequently present one at that, Vee was annoying and pushy and obnoxious and, as it seems to go in a lot of YA paranormal romance books, not a very good friend to the heroine. Her few defining characteristics were being overweight and perky and cheating on her color-coded fruit diet.

Elliot and Jules have the awkward position of being in the book, but utterly ignorable because you know in the end that they’re a) not going to end up with the heroine, and b) most likely going to turn out to be evil, which is another one of this book’s flaws, but more on that later. Dabria is sort of a random character who pops in and out mostly just to establish her presence so that her involvement in one of the book’s climaxes can be called a ‘twist’, and isn’t just out of nowhere. She has no dimension other than being a homicidally jealous ex. The same could be said of Marcie, who never makes it beyond ‘bitchy cheerleader rival’.

World: Despite what the cover claims, this book isn’t about any epic battle between immortals and fallen angels. This isn’t The Prophecy, it’s fucking Twilight with angels. This book is about Nora and her stalker boyfriend, and thus the ‘world’ aspect takes a backseat to the relationship. The background information that we get (the existence of fallen angels, and human-angel hybrids, or nephilim) is nothing particularly groundbreaking or original (I mean Jesus, the angels don’t even sparkle, what the fuck?) and very little is actually done with it. It’s hard to critique a world when it’s not the primary, or really even secondary focus of the novel. And really, unless you count a theme park having a goddamn FALLEN-ANGEL-THEMED ROLLER COASTER that helps to foreshadow Patch’s fall from grace, there’s nothing to really distinguish this world from ours. In short, it needs expansion to even really be considered its own ‘world’. 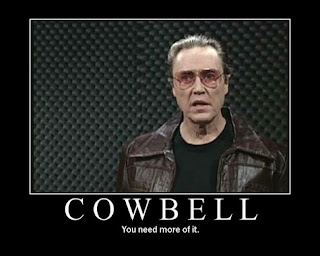 Christopher Walken would have improved this so much -_-;

Plot: Predictable and needlessly complicated. There were one too many villains, one too many twist reveals, and (gasp!) one too many fake out endings. But the ultimate, for-real boss fight/ending was both convenient and troubling. You can pick out the villain(s) from literally the first chapter, and their final confrontation is all kinds of confusing; Patch possesses Nora, and uses her to break out of a bad spot and take a few jabs at the villain. But apparently he can only do this for a few minutes, and then gets knocked out or some shit, becoming so absolutely useless and absent from the boss fight that he might as well not be there at all. Then there are the loopholes that allow Patch and Nora to have a happy ending, which don’t hold up to reasonable logic. But really, the most troubling thing about the climax (haha) is Nora’s sacrifice.

We are told three quarters of the way through the book that in order to become human, Patch must sacrifice a nephilim, which is why he was stalking nephilum-descendant Nora (WHAT A CATCH, that boy, amirite?). Now, just to be clear: this wont extend his life span, it wont redeem or save him from anything, all it does is allow him to physically feel, and make him mortal. Essentially, it improves his quality of life. Now, knowing that he initially intended to kill her for this reason, Nora still falls in love with Patch (but it’s ok, because he took it back and omg is ~*in love*~), and her ultimate romantic expression, in the end, is to offer her life for his humanity. There is not enough fucked up to describe this! She KILLED HERSELF FOR HER HOMICIDAL STALKER!!!! Seriously, how stupid is this situation! JUST…WHAT? WHAT? You know whatHIS BIG EXPRESSION OF LOVE WAS? NOT SACRIFICING HER FOR THE SAKE OF BEING ABLE TO GET LAID MORE THAN ONCE A YEAR. JUST WHAT???

For the sheer amount of offensive and sexist and just MORONIC bullshit in this book, we do not recommend it. AT ALL. Don’t even touch it. It’ll burn you.