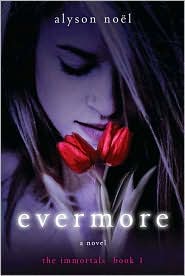 After a horrible accident claims the lives of her family, sixteen-year-old Ever Bloom can see people’s auras, hear their thoughts, and know someones entire life story by touching them. Going out of her way to avoid human contact and suppress her abilities, she has been branded a freak at her new high school-but everything changes when she meets Damen Auguste.

Damen is gorgeous, exotic, and wealthy. He’s the only one who can silence the noise and random energy in her head- wielding a magic so intense, it says though he can peer straight into her soul. As Ever is drawn deeper into his enticing world of secrets and mystery, she’s left with more questions than answers. And she has no idea just who he really is – or what he is. The only thing she knows to be true is that shes falling deeply and helplessly in love with him.

Characters: Yeah, so…this isn’t going to go well. For starters, as a heroine, (the ridiculously-named) Ever Bloom is depressing. She’s whiny, sullen, anti-social, selfish, insecure, angsty, and burdened with a full-on guilt complex. Reading an entire book from her point of view is extremely depressing (and reading it while it’s raining? TEN TIMES WORSE!), because the girl finds no joy in anything. Some of this is understandable, given Ever has just lost her entire family, but her post-loss life isn’t horrible; she has a teenage wonderland room in LAGUNA FRICKIN’ BEACH CALIFORNIA, an aunt who would spoil her if she would allow her to, a gorgeous car, and even (relatively) decent friends, despite her pissy attitude, and yet none of it seems to make her happy.

Even her visits with her dead sister Riley, who she can see thanks to the powers she gained in the accident, are marked with brattiness and arguments, and though Ever claims to live for them, you never really get the feeling that she really appreciates Riley’s presence. A lot of this could be attributed to the style and mood of the book, which, as previously mentioned, is DEPRESSING AS HELL, but either way, it really impacts Ever as a character, and robs her of some likable traits she could have had.

Her relationship with resident love interest, Damen Auguste, contributes to this as well, but we’ll get more into that in the ‘plot’ section. Damen himself is less a character than he is a plot device. Sure, he has all the cliched traits of the love interest in this genre – smooth, gorgeous, smart, confident, inexplicably devoted to the heroine from the start – but that’s it. He’s a pretty cardboard cut out, whose actions are dictated less by any believable logic than by what the author needs him to do.

The supporting cast consists of Ever’s dead-but-not-gone little sister Riley; her rather flaky friends Haven and Miles; her corporate lawyer guardian aunt, Sabine; the friendly psychic who learns of her powers, Ava; and the big bad for this book, the Immortal Drina.

As characters, they’re a tough call. With most of them, Ever’s psychic abilities give us insights into their deeper hang-ups and issues, and little random half-fleshed-out subplots, but depth beyond these psychic flashes is hit-or-miss. We never really get to know Sabine as a character beyond what Ever tells us about her and her life, and Miles never really gets further than a gay teenage stereotype. Haven we’re given a clearer picture of because she plays a part in the development of the plot, but what we end up with is an annoying, irrational flake of a character who is never really a good friend to Ever, even before they plot says she has reason not to be. Psychic Ava isn’t anything more than a kindly potential mentor to Ever (at least in this book), who represents the path that a reasonable Ever would take, if she existed in this story. Big Bad Drina is little more than a petulant child denied her favorite toy; a convenient and so very been-there-done-that villain thrown in because we need conflict. Riley, the younger sister, is the only one who really comes out with some sort of believable character. She is a little sister – she argues, is jealous of the things her big sister can do, and is sad that she’ll never be able to have the experiences her sister is having. She’s bratty, argumentative, and stubborn, but again, this just makes her a believable twelve-year-old girl.

World: The world Evermore is set in really isn’t any different from the real one. The only exception is the existence of Immortals – NOT VAMPIRES, mind you, but Immortals. Not exactly a huge difference, except that they don’t drink blood, and instead subsist on elixir, or Immortal Juice(tm). Their powers are for the most part run-of-the-mill: increased speed and strength, telepathy, mental manipulation, etc., though there are a few new ones: the ability to bend reality (basically, magic, making things appear), visit other dimensions (okay, mostly just one, the heaven-like Summerland), the ability to see auras and spirits, and obviously, live for a really, really long time. Although despite this and the misleading dubbing “Immortal”, they can be killed, in a very confusing, convenient, and arbitrary way. It involves chakras. And is stupid. Aside from that, there’s not really anything particularly special about this world, so let’s move on. 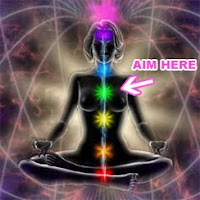 Plot: This is Alyson Noel’s first paranormal book. All of her other books have been of the general YA fiction variety, and it definitely shows. Aside from being so drenched in teenage angst that Linkin Park rings in your ears for hours afterwords, a wide variety of typical teenage drama develops over the course of the story. You’ve got teenage alcoholism, parental neglect, closeted homosexuality, social isolation, death of the family, and romantic woes. It’s an unwanted teen pregnancy away from an MTV reality show. 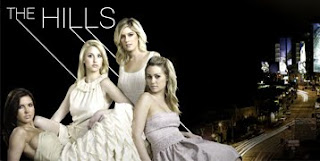 Next time on Evermore…

That aside there are some legitimate issues with this book. For one, it’s TOO DAMN LONG. Almost the entire FIRST HALF of the book consists of Ever and Damen chasing each other in circles, Ever unable to decide to fully love or fully hate him, and Damen alternately flirting and ignoring Ever as it suits the plot. It’s just padding to fill out what would otherwise be an extremely short book, and put off the inevitable.

You know from the get-go that Damen is not human – it’s on the goddamn cover. And yet it takes almost the entire book for Ever to realize this herself, despite Damen’s numerous unusual quirks and habits. He says and does almost nothing to hide his supernatural abilities, yet it takes her forEver (Ha) to think, “Hey, there might be something to this”, even though she herself has supernatural abilities that would explain much of Damen’s odd behavior. And when she finally does realize that there’s something not quite right about him, takes action, and discovers what, her memories are almost IMMEDIATELY ERASED. Thus, the discussion that you’re waiting for the entire time (Which Mythical Creatures Are You and What Are Your Powers) doesn’t happen until 200 PAGES IN TO A 300 PAGE BOOK. There is absolutely NO REASON for this.

Finally, one of those side points we can’t really work in to the review: while it’s fairly commonplace to compare YA books about girls and the supernatural creatures that love them to Twilight, we couldn’t help but notice a few things about Evermore that warrant mentioning. While they share the same setup – girl meets gorgeous exotic supernatural boy (for some reason) enrolled in high school – that itself is fairly common and PREDATES TWILIGHT GODDAMMIT, so we won’t really count that. But there are other areas where the two cross paths, but take opposite roads. For example:

Like Bella, Ever starts out as the new girl in school. But where Bella is inexplicably popular, being rather cold, reserved, and introverted, Ever, who acts much the same (but for a better reason), is more realistically a social outcast.

It’s fairly well-known that throughout the Twilight books, Bella is pretty much Edward’s doormat. She obsesses over a boy who initially utterly rejects her, and then becomes creepily, stalker-y friendly and overbearing. Ever, on the other hand, is initially pursued by Damen, and although they have their back-and-forth, love-and-hate relationship, Ever responds more realistically to Damen’s indecisive behavior. After spending the first few days flirting with her and getting to know her friends, Damen then turns his attention to Ever’s rival, Stacia, and essentially ignores Ever. When he does eventually turn his attention back to her, Ever responds with a more guarded attitude and skepticism of Damen’s intentions. And although this overall ends up making her a bit whiny, at the very least she doesn’t let it completely slide.

Edward Cullen is notorious for his creepy, stalker-like behavior: he stares at Bella non-stop, he watches her when she sleeps, he follows her when she leaves town, he’s possessive, etc., etc. Damen does a lot of the same thing to Ever: watches her sleep, relentlessly pursues her, shows up in a matching Halloween costume (uninvited), even takes pictures of her before they meet. But where as Bella finds Edward’s stalking flattering, Ever, to his face, calls Damen creepy, and for a while, sends him away. Granted she eventually warms back up, but the stalking at least makes the negative impression that it rightfully should.

It’s never really made any sense to us why immortal creatures apparently enjoy returning to high school. But apparently Edward Cullen loves it enough to do it hundreds of times. Damen, on the other hand, despises it. He enrolls to get close to Ever (creeeeepy), but as soon as they are involved in a legitimate relationship, his attendance wanes, and he tries to convince Ever to do the same. FINALLY. Because really, wouldn’t an immortal creature have better things to do than needlessly attend high school over and over? You’d think.

We suppose this one is debatable in realism, but Ever and Bella have opposite reactions to the possibility of immortality. Bella jumps at the chance to be with her beloved forever, even if it meant leaving behind her family and friends. Ever, on the other hand, is horrified by it. At first, she wants nothing more than to eventually be with her family again, be a normal girl, and is crushed by Damen’s admittance that he’s already made her like him. Again, your mileage may vary on how realistic either girl’s reactions are.

Sex is a biiiig issue in both the Twilight saga and the Immortals series. Where Bella constantly hounds Edward for both sex and immortality, Ever can’t quite bring herself to sleep with Damen. Where Edward fears that he might hurt Bella in the process, Ever is jealous and scared of Damen’s yeeeeeeeeeeears of experience, and afraid that if she does give it up, he will lose interest.

For the most part, we like these divergences from the Twilight Standard. They seem to take the more infuriating aspects of Twilight and give them an amusing and realistic twist.

Overall, however, we’re a bit on the fence about Evermore as a whole. It’s depressing, whiny, and frustrating, but we did manage to get all the way through it, so that’s something. Would we read it again? No, not really. But we don’t resent having read it in the first place. It’s not as bad as some of the shit we’ve had to slog through before, but it’s nowhere near the best, either.

Like an old-time movie star (without the latent homosexual tendencies).