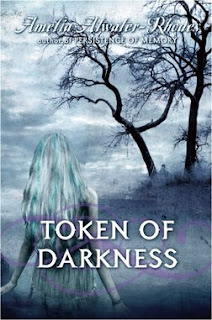 Cooper Blake has everything going for him – until he wakes from a car accident with his football career in ruins and a mysterious, attractive girl by his side. Cooper doesn’t know how Samantha got there or why he can see her; all he knows is that she’s a ghost, and the shadows that surround her seem intent on destroying her.No one from Cooper’s old life would understand what he can barely grasp himself… But Delilah, the captain of the cheerleading squad, has secrets of her own, like her ability to see beyond the physical world, and her tangled history with Brent, a loner from a neighboring school who can hear strangers’ most intimate thoughts. Delilah and Brent know that Cooper is in more trouble than he realizes, and that Samantha may not be as innocent as she has led Cooper to believe. But the only way to figure out where Samantha came from will put them all in more danger than they ever dreamed possible.

Meh. This book leaves an overall impression of “meh” on me. It’s actually kind of weird, because when I think of the specifics of the storyitself, I can actually come up with more elements that I liked than ones that I didn’t, but somehow, the overall response it evoked was one of bland indifference.

The concept here is something of a switch for Atwater-Rhodes’ Den of Shadows books, in that it doesn’t focus on that predator-prey dynamic between a human and a vampire, or the vampires and the witches. In fact, it doesn’t have any vampires at all. Or witches. Or shifters. No, our cast here is almost exclusively human, the story is more mystery than action, and it’s…well, kind of nice.

I’ll be perfectly honest, I expected to be bored by the lack of vampire/witch/shifter presence, but Atwater-Rhodes gets points for making her magically-inclined humans as much an interesting part of the world mythology as the supes. Nine books in, and we’ve really never gotten an idea of how humans factor in to the DoS universe – aside from the ones who become snacks for, or are destined to be turned in to, vampires, of course. Turns out, there is actually quite a range of psychics and human “sorcerers” who exist outside the scope of what we’ve seen in previous books, and whose powers work completely differently than those of born-witch magic users like, say, the Vida family.

The primary focus of Token of Darkness is Cooper, an accidental psychic who woke up from a near-fatal accident with a “ghost” named Samantha at his side, presumably as a free gift with purchase. She has no idea who she is or how she died, but Cooper figures that if she followed him home, then in accordance with popular culture, he must be intended to help her move on or something. Unfortunately, weeks of research have turned up zilch, even on something as basic as her identity, so the quest to send Samantha in to the light has come to something of a dead end.

Though he’s become resigned to Samantha’s presence, Cooper hasn’t quite recovered from any of the other effects of his crash. He’s plagued by remnants of the trauma, both physical and psychological, and that’s probably the best part of the book. That sounds awful, but let me explain.

Cooper’s surviving the crash was miraculous, but he didn’t escape unscathed. His body is healing, but there’s massive scarring, and hip and knee issues keep him from being fully physically able. Psychologically, he’s having difficultly adjusting to the idea of his new limitations, and is unable to connect with any of his family or friends. To make matters worse, PTSD has left him struggling with nightmares, flashbacks, and anxiety attacks – especially in cars.

All of Coopers issues are very well-realized throughout the book. You see them in every part of Cooper’s life – in his decision to walk or utilize public transit whenever possible, in his nightmares and his inability to sleep, in his awkward exchanges with school mates, and his reaction to people, in general. He’s dealing with a lot in the wake of the crash, and I liked the acknowledgement of that. Trauma recovery as seen in urban fantasy (adult and YA) is typically either non-existent or, well, off-the-charts dramatic. Token of Darkness falls somewhere in the middle, and rings far truer than anything else I’ve read, dealing with similar issues.

That being said, I was a little uncomfortable with the idea that some of Cooper’s lingering trauma could have just been the result of bad psychic juju. The book never gets very specific about how much of his funk is a natural result of coping with the accident and what is exacerbated by the psychic leeches that have affixed themselves to him, but it is stated that, with this much bad juju, it’s not surprising he’s in such a funk. By all rights, he should have gone insane by now. Magically.

At any rate, the trauma is mostly what defines Cooper as a character at this point. Aside from that, we know little about him or his personality. He’s just…blandly nice, I guess. A good guy, but apparently kind of dumb – which I honestly couldn’t tell, given that he generally seems to display good sense, and his narration is full of all kinds of writer-ly words that you wouldn’t expect a “dim” football player to know.

Apparently he also likes Samantha? Romantically. Yeah, that’s one thing I actually needed to be told to realize it, because I really wasn’t feeling the chemistry between them. Possibly on account of her being dead. Sure, Cooper seemed fond of her, but I’d have totally bought a brotherly, or just good-Samaritan platonic interest. It wasn’t until Delilah bluntly observed that Samantha was “sweet on” Cooper, and Samantha stuttered an embarassed denial, that I even realized they were supposed to be romantic interests. 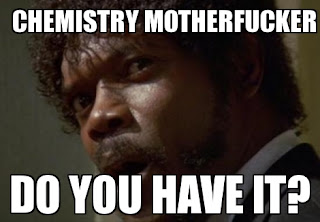 Delilah, by the way, is not as much of a subversion as the book wants us to think. We hear at least twice about how ~strange~ it is that the pretty blond cheerleading captain is actually a magic-using sorceress, and it’s like, “Ugh, yes, book, I did notice that she isn’t a perky blond stereotype, thank you for mentioning that, again.” She is, however, a ruthless, power-hungry user, and while this is actually potentially interesting in a female character who isn’t really a villain, Delilah didn’t have quite enough depth to pull it off. Mostly she just comes across as a manipulative, selfish vixen, which is just a different sort of stereotype, so yeah, I don’t think you really get to pat yourself on the back for this one, Token.

The character I ended up liking the most was Brent – he seemed smart, capable, sympathetic, pretty fucking forgiving considering what all happens to him by the end, and had faaaaaaaaaar better chemistry with Cooper than Samantha.

The story, I felt, was actually pretty captivating for the first three-quarters or so, but is let down by a disappointing and somewhat anti-climactic ending. After Coop and Samantha meet Brent, he takes them to the home of a powerful human sorcerer named Ryan le Coire, in hopes that he might be able to help them find an answer to the mystery of Samantha, and help Coop deal with his ability to psychically shove people (only slightly better than the ability to psychically trip people!).

Le Coire is largely under-utilized here. He shows up three times – once in the middle, and then twice at the end – solely to explain what is going on and why, when it is structurally appropriate. I’m sure Le Coire has a fascinating history and has done a great many interesting things, but his appearance in Token of Darkness really isn’t one of them.

The primary problem with Token of Darkness’ ending, I think, is that we’re not really given a whole lot of context to some of the information we get, or time for it to soak in and mean something. Le Coire eventually tells Cooper that Sam couldn’t possibly be a ghost, right around the same time that Delilah decides that Sam is something called an elemental. This is quickly proven correct, and the last few chapters kind of pile on the revelations regarding who bound her and how she came about.

Which, okay, fine, short book, I get it, but again, we get no context of what elementals are and what they can do. As a consequence, Samantha’s origin and backstory feel like a total ass-pull. A very long, heavily contrived chain of events had to occur to lead to the creation of this creature in this very specific state, in which she can’t even abide by the few rules we do learn about her kind, because that would make the resolution too easy. So in the end, Samantha just sort of comes off as a ghost in all but name, shoddily arranged into something else for the sake of originality.

I think the revelation that Sam was an elemental would have had a lot more impact if we, say, had been given any idea about the kind of power elementals truly wield in this world. If we’d learned, here or in a previous book, that elementals were responsible for the creation of every race in this goddamn world, then seeing an elemental for the first time in these books might have been bigger deal. Instead, it seems, well, shoddy and anti-climactic.

But even putting the elemental thing aside, I have serious issues with that “happy” ending. Well, “issue”, singular. I don’t care how much you try and justify it, giving a woman’s body to a supernatural copy of her sister is squicky. SQUICKY. It doesn’t matter that she’s brain-dead and loved her sister and had no living family, it’s got the stench of “violation” all over it, and that Sam is essentially rewarded for her previous thoughtless body-jacking with a body of her own only makes it more difficult to swallow.

So, yeah. Though I enjoyed the book while in the process of reading it, Token of Darkness very quickly faded into the recesses of my memory. None of the characters are dynamic enough to stand out after the book is finished, the story is far too short and anti-climactic to leave an impact, and the writing is, well, on the clumsy side of bland. Yet again, the saving grace of Atwater-Rhodes’ book is the world, and while this is memorable for its expansion of the mythology, much of that expansion is undercut by the lack of in-depth information.

In short, this isn’t the worst of Amy’s books I’ve read (I think Persistence of Memory still holds that title), but it’s definitely not the best. I’d put this a little lower on the Atwater-Rhodes TBR.