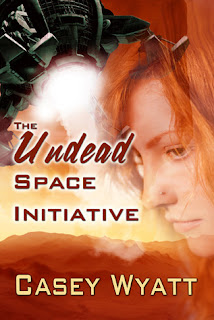 Cherry Cordial, vampire stripper extraordinaire, spectacularly messes up her life with a single act of kindness. How could she have known when she rescued gorgeous rogue Ian McDevitt that she would be implicated in the vampire queen’s murder? Soon, she faces the wrath of the entire vampire community. To escape retribution, she joins a settlement program to colonize Mars. Her choices are grim: hurtle through space to the red planet to face the unknown and possible death, or stay on Earth and face certain annihilation. To make things even more complicated, a certain gorgeous rogue seems to be shadowing her every move…

So, backstory time: I requested this book from LibraryThing back in December, because I mean come on. Vampire stripper? Colonizing Mars? Cherry frickin’ Cordial? it sounded like the most excellent, campy shit this side of the Beautiful Creatures movie. I gleefully told my friend Shiori about it, because she digs the camp and sci-fi romance is her genre, and we kicked back, eagerly awaiting vampire strippers IN SPACE.

Cut to four months later, and still no word from LibraryThing. I’d won a copy, but none had turned up, so Shiori, goddamn her, bless her heart, bit the bullet and bought a copy. Our precious Cherry Cordial was finally in our grasp!

And then we read it.

The basic idea is that this stripper vampire, Cherry, and a sexy stranger she’s met once, Ian, are framed for the death of the Vampire Queen, and to avoid the wrath of the Queen’s daughter (who is most likely the true culprit), Cherry’s sire drags her and her entire vampire family into the “Undead Space Initiative”, some random space exploration program that just happens to be going on at the same time, and seek undead volunteers – with no specialized training or experience necessary – to colonize Mars. Which they do. With a sentient space ship. And a crew of “revenants” and zombies. And then it turns out that all three races are secretly ancient aliens. I am not making this up.

Sounds fucking AMAZING, right? LOL NOT SO MUCH. The dream of campy stripper Cherries in space was crushed by a book that played itself waaaaaaaaaay too straight for a premise that bizarre, and a plot whose events seemed determined by dartboard. The thing is, when you take away the bizarre premise, what remains is pretty much your standard paranormal romance novel, with pretty much your standard Paranormal Romance Issues (with worse editing). And I mean, you’ve heard me complain about that before, surely? MISOGYNY, RAPEYNESS, BITCHES, MAN. Been there, done that.

So in the interest of keeping this short, but mostly because there’s no way I could review this book without Shiori’s input, You’re Killing Me presents:

The Undead Space Initiative: a review in Tweets

*some tweets are repeated to keep the conversation understandable. IT HAD MANY THREADS. 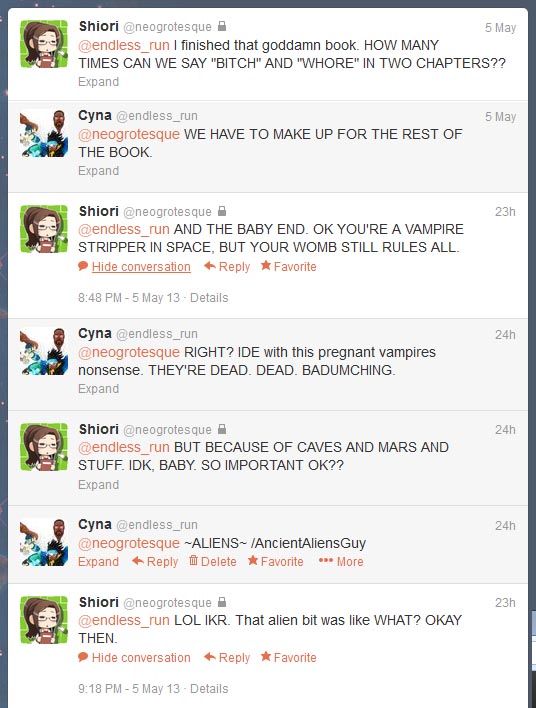 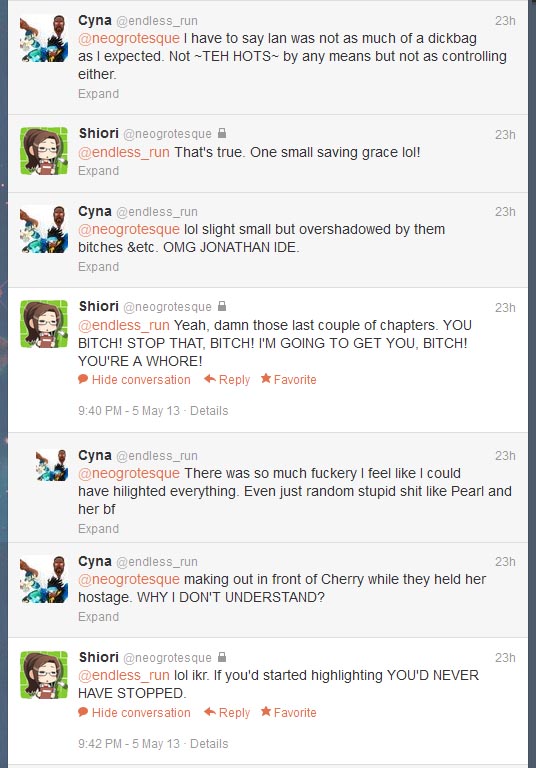 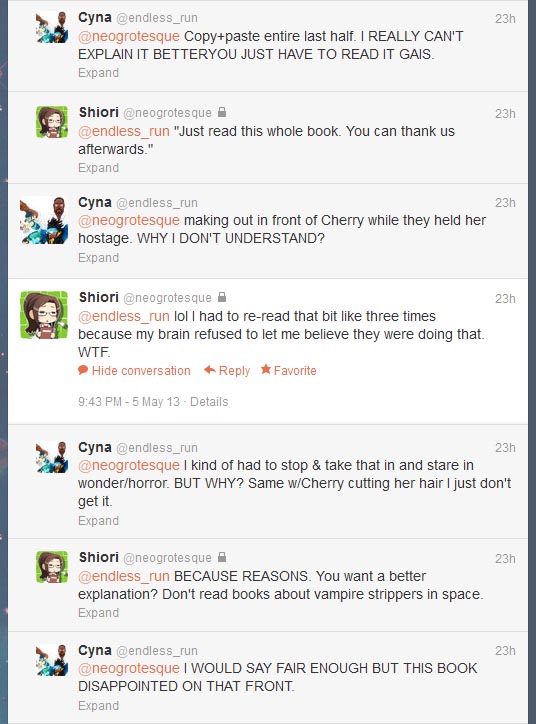 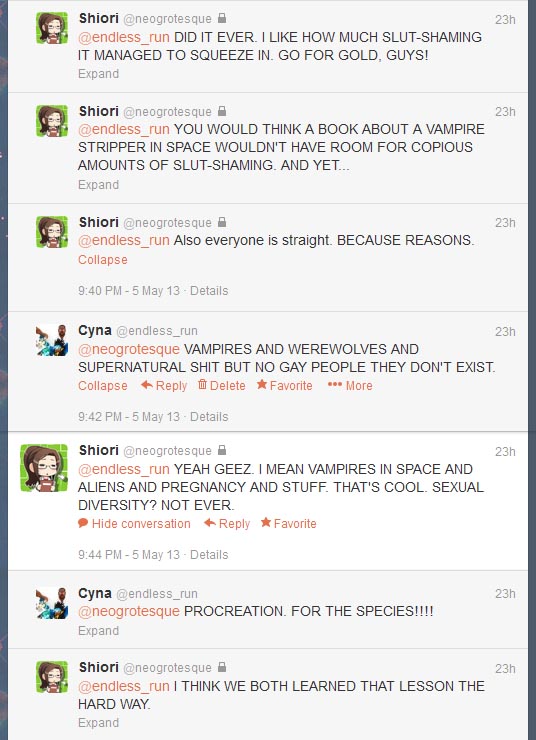 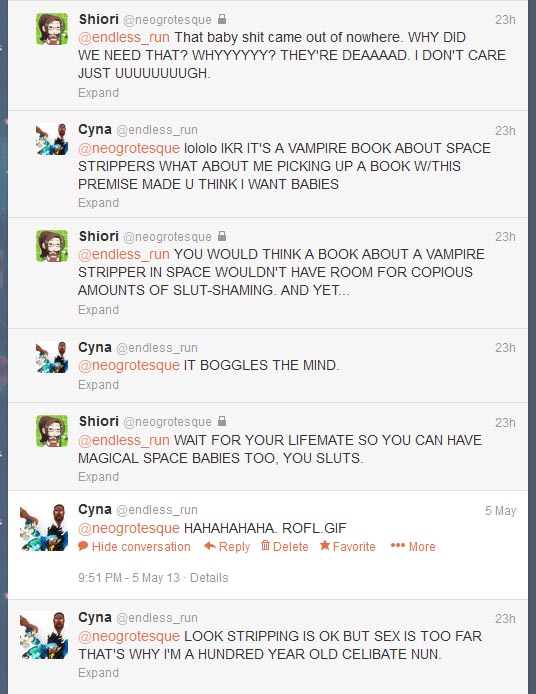 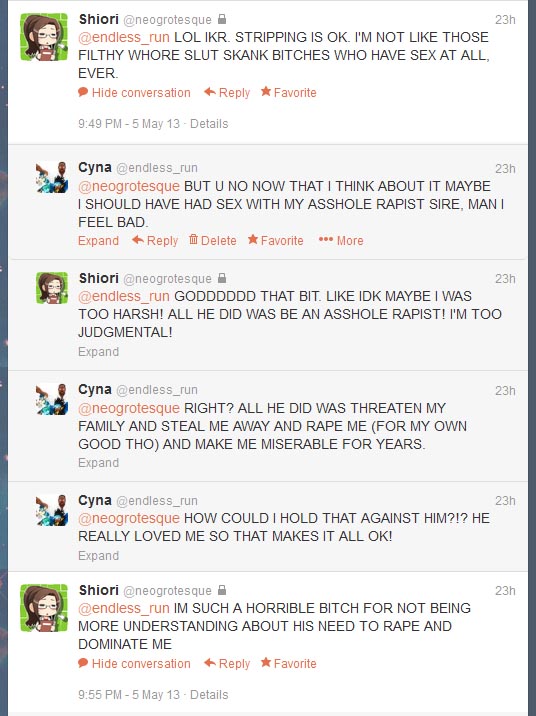 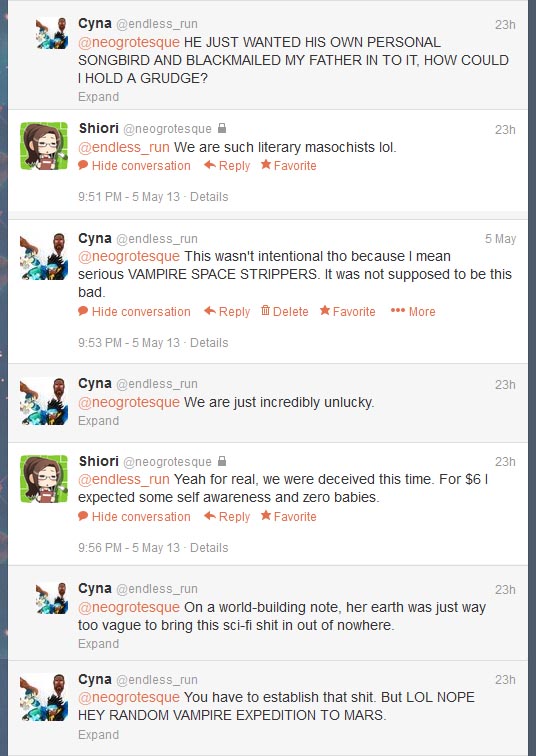 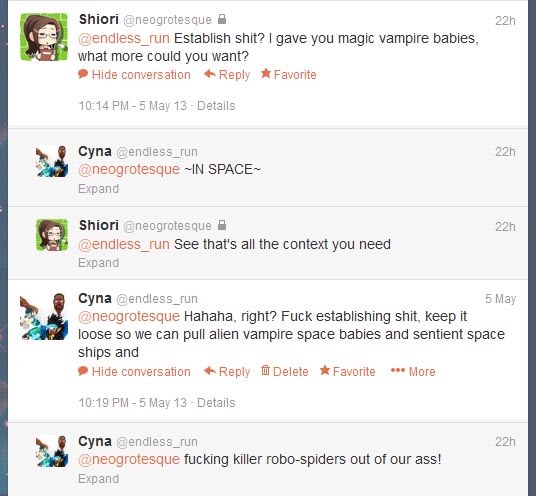 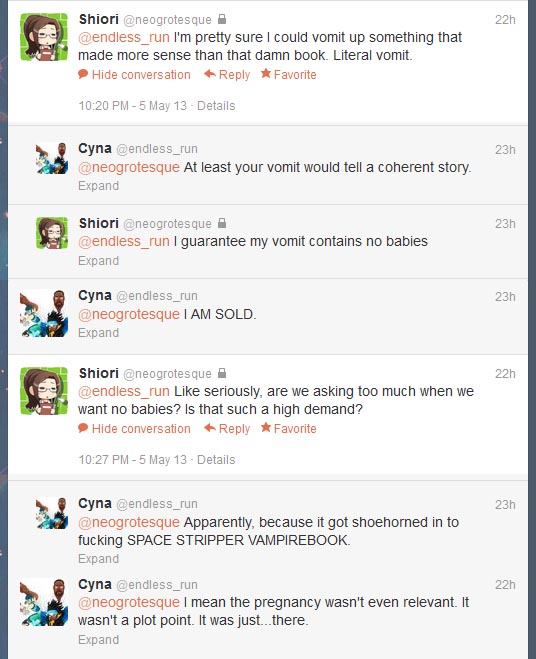 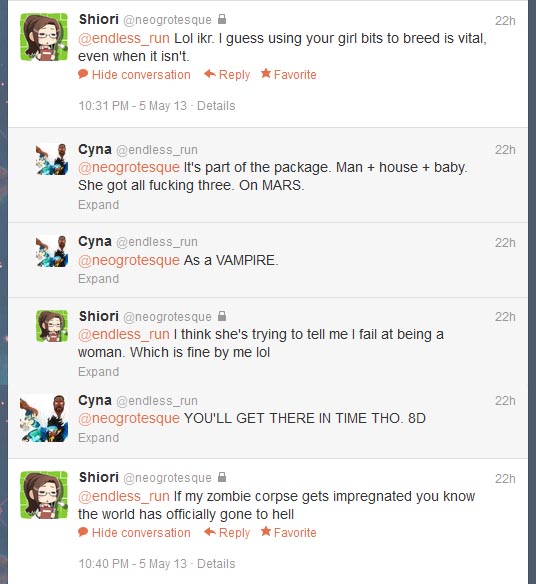 ALSO SHIT WE DID NOT MENTION THE INDIAN FRIEND WHO WAS BLOOD-BOUND TO BE LIKE A MINION FOR/LITERALLY SERVE THE HIGHBORN WHITE HEROINE. THAT WAS A FUCKING THING. And that’s The Undead Space Initiative*

*minus the disappearing plot threads, the characters’ bizarre actions and logic, and the fact that I know so little about the world I could not even tell you when this book took place.